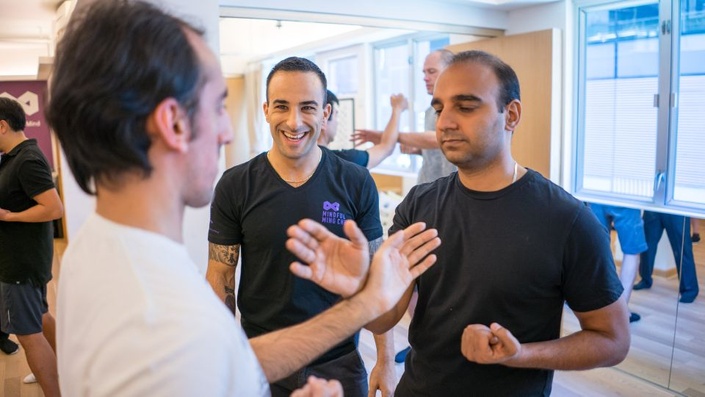 Students with an Annual or Lifetime Memberships can have 2 weeks of FREE training per year at our Hong Kong school.

The curriculum for this program was put together by Sifu Nima King who has been teaching Wing Chun for over 20 years and spent close to ten thousand hours training under Grandmaster Chu Shong Tin over a period of 9 years. It is a comprehensive course from the very fundamentals to the pinnacle of the weapon forms and applications.

In preparing this curriculum Nima made sure to systematically present the entire teachings and training tools as passed down by Grandmaster CST, in a way that the viewers can work on one tool at a time. Having said this, because he knew that many viewers are not absolute beginners to this method, the pace in which the program unfolds is rather fast so we urge all students to advance at your own pace and avoid rushing through the material!

Within the 15 months, we cover all the tools and concepts that was taught by CST for practicing the Siu Nim Tao form, Chi Sau, and dozens of elementary self-defence techniques. There will be hundreds of well thought out and presented instructional videos as well as videos of Grandmaster CST’s teachings in HK!

This ensures that you will have a solid foundation before learning the more advanced forms and techniques. The aim of this foundational section of the program is so that you begin to understand and gain the ability to activate the ‘Nim Tao’ state and utilize it in simple movements. Once you have the finally experience ‘Nim Tao’ by yourself, you have started your journey in the internal and mindful art of Wing Chun!

After that, the 2nd form, Chum Kiu, is introduced and we go in depth into the correct methods of practicing this form and discovering the ability to move the body from our centre of gravity. During this time, we practice the live application and power generation in advanced self-defence techniques and live sparring. By this stage, if you have followed the program correctly, we encourage you to go out have friendly sparring sessions with other martial artist to test your abilities in a realistic and safe environment!

After Chum Kiu, the Wooden Dummy Form is introduced which enables you to apply all that you’ve learned so far. Traditionally, this form is usually taught after Biu Gee, once all three empty hand forms have been practiced, however Sifu Nima believes that correct practice on the Dummy is very beneficial for students who have only practiced the first two forms. CST and Nima both began practicing the Dummy after Chum Kiu.

The Wooden Dummy is a prefect feedback tool and is very helpful for internal power development and practicing combative principals and techniques. It is a perfect training partner which is great for those of you who don’t have frequent access to training partners.

Biu Gee, the 3rd form of Wing Chun, is then introduced. In this form we begin to delve into generating maximum power through maximum speed.It is very important that the student has a basic ‘internal’ control through Siu Nim Tao and has developed an elementary level of moving from the center of gravity before practicing the Biu Gee form. Practicing the 3rd form at full speed without these said prerequisites is not only detrimental for your development in the art but can also be dangerous and conducive to injury.

After Biu Gee, the two weapon forms (The Butterfly Swords and the Long Pole) will each be introduced within the program. Grandmaster CST did not actually teach the weapons forms (every movement systematically) until the last 5 years of his teaching before he passed away. During this time, not every student was encouraged to practice the weapons since they had not yet developed the necessary skills and foundations from the empty hand forms. Sifu Nima was amongst the very few students who was encouraged to practice the weapons by CST and had many hands-on hours of training with him. Nima will share all the knowledge plus hours of footage of CST’s weapon forms’ teachings within this stage of the program!

What results can I expect?

The results from our method of practice are very real and tangible. In the last decade of operation at our school in Hong Kong we have witnessed dozens of life transformations in our students. From postural correction, to pain relief, to finding focus and direction in life through the positive change that this mindfulness practice brings, and to gaining confidence knowing you can develop great force and defend yourself if needed. These are just a few examples of the very tangible benefits our students have gained.

One of the first videos in the program - Sifu Nima talking through the sequence of the Siu Nim Tao Form. Check it out here or scroll down to the Course Curriculum and preview. 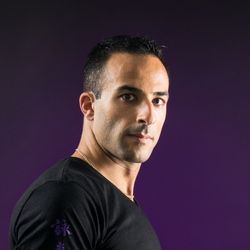 Sifu Nima King is one of the most knowledgeable and sought after teachers of Grandmaster Chu Shong Tin's method of Wing Chun.

The Fundamentals
Fundamental Key Points to Enhance Your Training 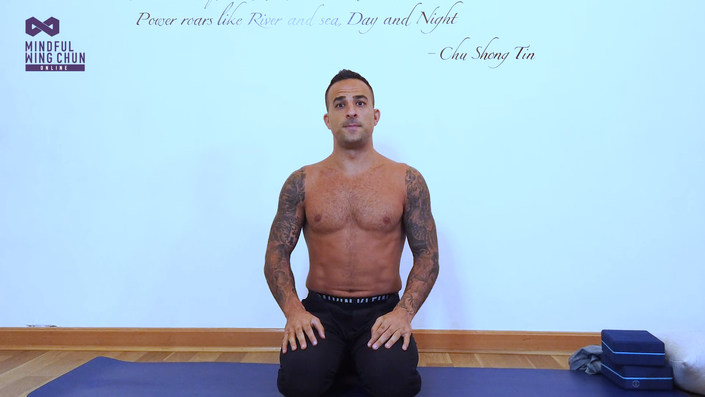